I’m dishonest. But so are you.

I was in a business meeting once where I was asked, “How honest are you on a scale of 1 to 10?”  The individual asking the question decided to put everyone in the meeting on the spot by going around the room receiving everyone’s self-rating.  As he glanced around the room for everyone’s answer, each person gave a resounding “10” reply.  His crystal stare came to me and I simply shrugged and said, “I guess more around an 8.”  He was shocked at my rating.  I explained that of course everyone lies a little, every day offering an example of if someone asks you if they “look fat” or offers the question, “do you like my new haircut?”  I was immediately told that was not the correct answer and everyone should respond by being a 10 out of 10.  Frankly, I felt that was dishonest…why would someone obviously lie about a question of honesty?

This interaction has stayed with me for years making me wonder, aren’t we all a little bit dishonest?  And why was my “8” response so insulting?  You can imagine my relief after reading Dan Ariely’s book, The (Honest) Truth About Dishonesty. Ariely walks the reader through numerous experiments and tested theories explaining different concepts about why and how people lie to themselves and others.  He explains the Simple Model of Rational Crime (SMORC) and how it works in the rational mind stating we all essentially make our way through the world seeking our own advantage while considering the costs vs. benefits of our actions.

Science Tells Us No One is a 10

Ariely describes numerous experiments that illustrate how the human mind works when it comes to cheating, however there is one experiment he conducts that sets the foundation of why no one is a 10. The control portion of the experiment describes MIT students being asked to solve as many matrices as possible (selecting two numbers that add up to ten from a grid of varying numbers) within 5 minutes, providing their completed answer sheet to a researcher to count their number of correct responses. They would then be paid 50 cents for each correct answer. 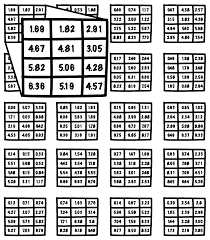 However, in an effort to take a deeper look into the SMORC model, Ariely and his team of researchers introduced varying conditions to this experiment to understand more about how and why individuals cheat. One of those conditions called for subjects to participate as described in the control condition, but when the 5 minutes were up ,they would count the number of matrices correct on their own, place their answer key in a shredder, and then self-report the number they answered correctly to the researcher for payment.

The results are probably not surprising to you if you have worked in the loss prevention field for very long.  The results that were self-reported by the participants after their papers were shredded reported an average of solving two more matrices than the control condition participants.  It is also interesting to note that this increase was not because a few people in the experiment chose to cheat a lot, but because lots of people chose to cheat just a little.

Ariely and his team of researchers carried out variation upon variation of this experiment including raising the amount paid, different ways of shredding their answer sheet, participants paying themselves instead of the researcher, etc.  Each of the contrasting ways they altered the experiment emphasized the varying levels at which humans cheat, but they all reemphasized the findings that most humans will cheat at least a little bit given the opportunity.

Ariely’s central thesis is that our behavior is essentially driven by two opposing forces 1) we want to view ourselves as honest, honorable people and 2) we want to benefit as much as possible from cheating and get as much money as possible – standard financial motivation. We reconcile those two opposing ideals by maintaining a cognitive flexibility that allows us to rationalize that if we only cheat just a little bit, we can still see ourselves as “marvelous human beings.”

Causing Employees to Stop Before They Steal

If your goal is to prevent loss within your company, you might be thinking, “great, now what?”  Ariely’s experiments do offer some hope when it comes to impacting an individual’s propensity to cheat and steal.

Of course, it would not be smart business to start posting The Ten Commandments around your retail or grocery store.  But the science does indicate that incorporating moral reminders or honesty expectations in the form of an awareness program can help impact how honest your employees will be when faced with temptation.  Here is another study that looks at the impact of signing your name as a commitment of honesty.

Two groups of MIT and Yale students were asked to sign honor codes right before they were given the chance to cheat on the matrix test.  The students who did not sign it cheated a little bit, while the students that signed the code didn’t cheat at all.  Maybe it’s time to bring back those signature cards for a statement of honesty for employees. The team of researchers conducted various other experiments testing this type of moral reminder before being placed into a tempting environment.  Ariely concluded that the majority of people “seem to want to be honest, which suggests that it might be wise to incorporate moral reminders into situations that tempt us to be dishonest.”  In the retail environment these situations might be handling cash transactions or merchandise, pressuring friend groups demanding discounts, and even the internal conflict of reporting a dishonest coworker.

We’ve all known that an employee awareness program is a valuable addition to your shrink-lowering formula, but as Ariely would suggest and the science demonstrates, it might be the most valuable element to impact the majority of your employees in a consistent way.  Why not stop the theft before it starts?

Next time you are confronted with rating your honesty on a scale of one to 10, feel confident knowing maybe those replying a solid “10” are the ones you should be watching the most.

Curious how retailers really feel about communicating with their employees?  Take a look at Director of Operations, Terry Stanley, with Lowes Foods APEX Grocery presentation on his key elements of making sure their employees are engaged.

Amber is also the owner and host of TalkLP that provides valuable content to loss prevention and asset protection professionals through unscripted interviews about various topics.

In addition, Amber also serves as Executive Director for the Restaurant Loss Prevention and Security Association (RLPSA), and is a contributing editor for the D&D Daily, a daily e-news outlet specializing in providing the most relevant news for retail loss prevention, safety, and security professionals.

Calibration Group, LLC is a full-service marketing, communications, and consulting firm specializing in providing relevant, educational content for the loss prevention, asset protection, and safety professions. We are also the leading provider of Loss Prevention Awareness campaigns that successfully modify employee behavior. Calibration has mastered the ability to move beyond simple awareness and communication. We create. We deliver. We inspire.